Marie-Hélène Jolicoeur is a partner and a member of the Board of Directors of the firm. She has an expertise in the fields of labour and employment law, health law, and occupational health and safety law.

Ms. Jolicoeur was called to the Bar in July 2007 and joined Lavery in July 2011 after practising with another law firm for several years.

From 2007 to 2009, she also worked for the legal advisory service at Montreal’s Small Claims Court on behalf of the Young Bar Association of Montréal. Since 2009, she has been actively involved in the Jeune Chambre de Commerce de Montréal. On July 1, 2011, she was appointed its Vice-president, Corporate affairs and general secretary, and from 2012 to 2014, she served on its board of directors as chair of the Human resources committee. Marie-Hélène currently sits on the board of directors of a not-for-profit organization whose mission is to house and provide psycho-social services to young girls in difficulty. 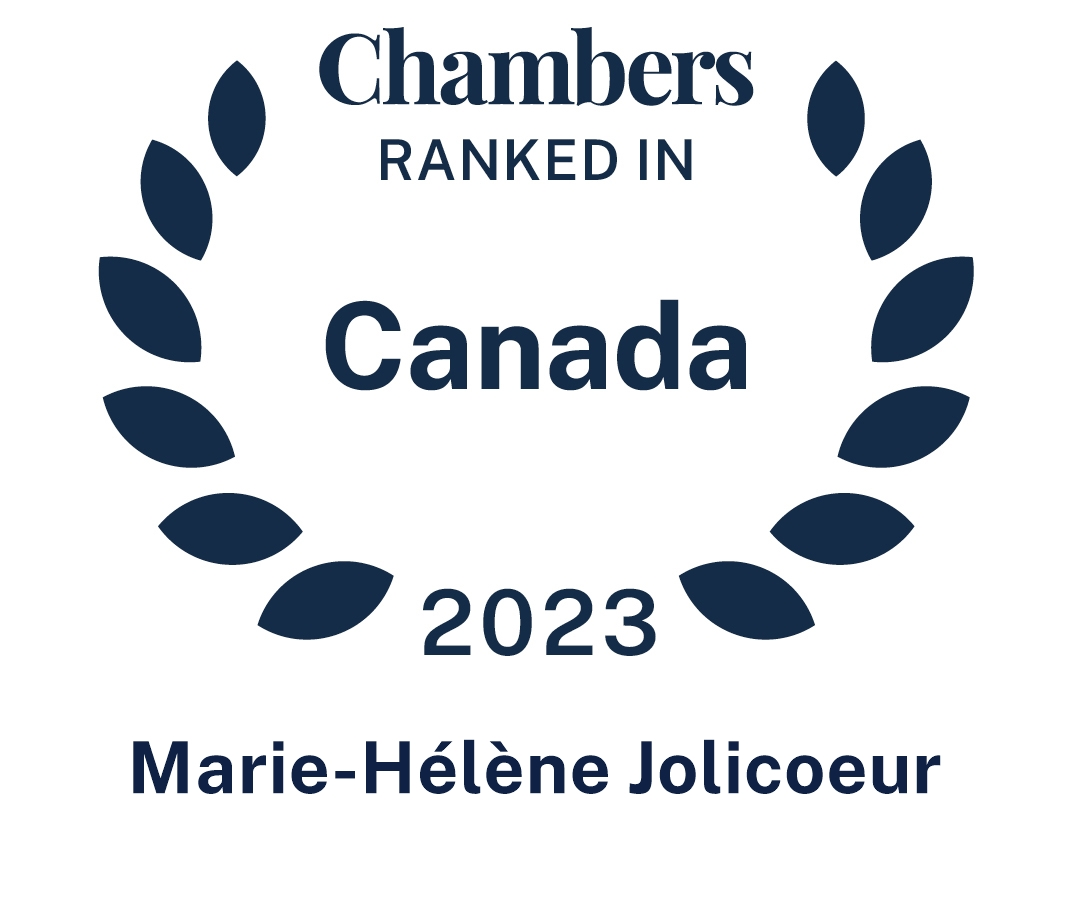 Consult all the news
Back to the Team page